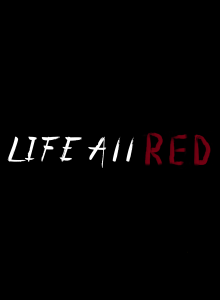 Riverstones City… A sprawling squalor rife with violence, drug trafficking, larceny, prostitution, corruption. The rich reside apathetically above the poor. The police and the politicians make their fortunes by gazing the other way.

Forest Heights… The most notorious district of this city. Home to the hopeless. The neglected. The crazy. The divine and the demonic. But mostly the demonic… Twisted souls, making parasitical livings through theft, fear and threat. Here, crime is rife. Crime is customary. Crime is consuming. Here, crime is life.

A streetwise, book-smart girl they call Red is quietly traversing the urban guts of this city in a scorching summer evening. Nerves are high. Tensions simmering. And when an old rivalry between two legendary gangsters resurges, her life is thrown into deathly peril. The streets of this city erupt into burning turmoil.

Decades earlier, a man calling himself Fate strives to be the highest drug lord of Riverstones, yet his actions and decisions sculpt the adversity of his daughter Red in the present.

A dark telling of the times, Life All Red is an utterly unique thrill-ride… with possibly one of the coolest female characters ever committed to ink.

To be notified when Life All Red is released, and receive possible free bonus material ahead of its release, enter your email below.